Do you know an outstanding individual or institution that is leading the effort to change the reality of farming in Africa from a struggle to survive in a business that thrives?

Please nominate them for the Africa Food Prize 2017: http://www.africafoodprize.org/nominate.

Now in its second year, the US $100,000 prize celebrates Africans who are taking control of Africa’s agriculture agenda. It puts a bright spotlight on bold initiatives and technical innovations that can be replicated across the continent to create a new era of food security and economic opportunity for all Africans. 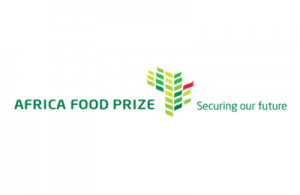 In 2016, the inaugural Prize was awarded to Dr. Kanayo F. Nwanze, the immediate former President of the Rome-based International Fund for Agricultural Development (IFAD), for his outstanding leadership and passionate advocacy in putting Africa’s smallholder farmers at the center of the global agricultural agenda.

As one example, Dr. Nwanze was credited with reorienting IFAD´s work to focus more on making small-scale farming a viable business through a country-led approach to rural development, moving from one office on the continent just a decade ago to 40 country offices today. The Prize also acknowledged Nwanze´s courage in reminding African leaders to go beyond promising development and change to delivering it.

The deadline for nominations is Monday 05 June 2017. The winner will be selected by the Prize Committee chaired by H.E. Olusegun Obasanjo, Former President of Nigeria and unveiled at a high-profile gala dinner at the African Green Revolution Forum (AGRF) 2017, 4-8 September 2017 in Abidjan, Cote d’Ivoire. 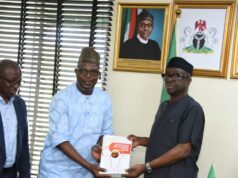