GH6.8 billion has been spent on importing rice for the past 4 years to boost local production.

The increasing consumption of rice in the country has called for a local scheme to satisfy the demand and reduce cost of rice importation.

The Crops Research Institute of the Council for Scientific and Industrial Research has sought a way to educate farmers on techniques that can be used to alleviate cost of rice thereby increasing rice production.

Local rice production in Ghana increased to 950,000 metric tonnes in 2020, with an annual increase of 60kg per person rice consumption.

According to Director of Agriculture at Bekwai, Emmanuel Mensah, prior to the invention of the researchers, farmers within the municipality have had to deal with weed infestation in their rice farms.

“During the regional liaison meeting, we reported the issue of the different types of weed that affect the cropping of rice.

“So, we reported the issue to the researchers and they came up with a solution. The researchers indicated they have to demonstrate to farmers, some techniques they could employ to curtail the infestation of weeds,” he said.

Some rice farmers at Asanso, a suburb of Bekwai, share their farming experience prior to their exposure to the new technologies.

Amina Mohammed and Issah Nunfam, have been working as rice farmers for close to ten years now. According to Amina, the introduced variety and farming practices are better than their traditional style.

“I’ve been working on this farm for years, but there was no improvement. I used to employ the broadcast style of rice cultivation. These new technologies have been really helpful,” added Issah Nunfam.

William Lelabi Kota, who is the lead technical advisor, indicated the majority of the farmers lacked the skills for rice cultivation.

“The main problem they faced was land preparation for cultivation. They prepare their lands poorly. They don’t make water bonds around their farms, so water control on their fields is difficult.

He revealed “the farmers were introduced to how to make bonds, water canals to allow water in or out, nursery preparations and transplanting of the nursery. 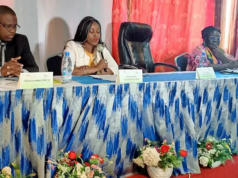 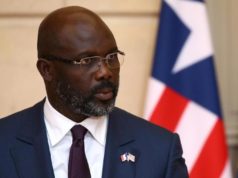 Happy World Food Day 2022: Leave NO ONE behind